Sarashi was used to use since samurai was in Japan, It is traditional fabric which was wore the farmers and townspeople.
At the present time, it is used for various purpose not only the domestic country but also foreign countries.

The samurais and the ninjas were bound to wear this fabric around their abdomen in order to protect their body at the time of the battle.
It is used here in Japan since the arrival of samurais, and it is traditional fabric which was worn by the farmers and townspeople.

In Japan, Sarashi is also used as a bra that is an undergarment for Japanese traditional outfit, kimono.

It is worn under the Happi coat at Matsuri festivals.
Men wrapping around waist, women use it under to cover the chest.

Sarashi wrapping around the chest or stomach is seen in Anime and manga.
It is popular among costume players.

In this way, Sarashi fabric is used for various purposes. 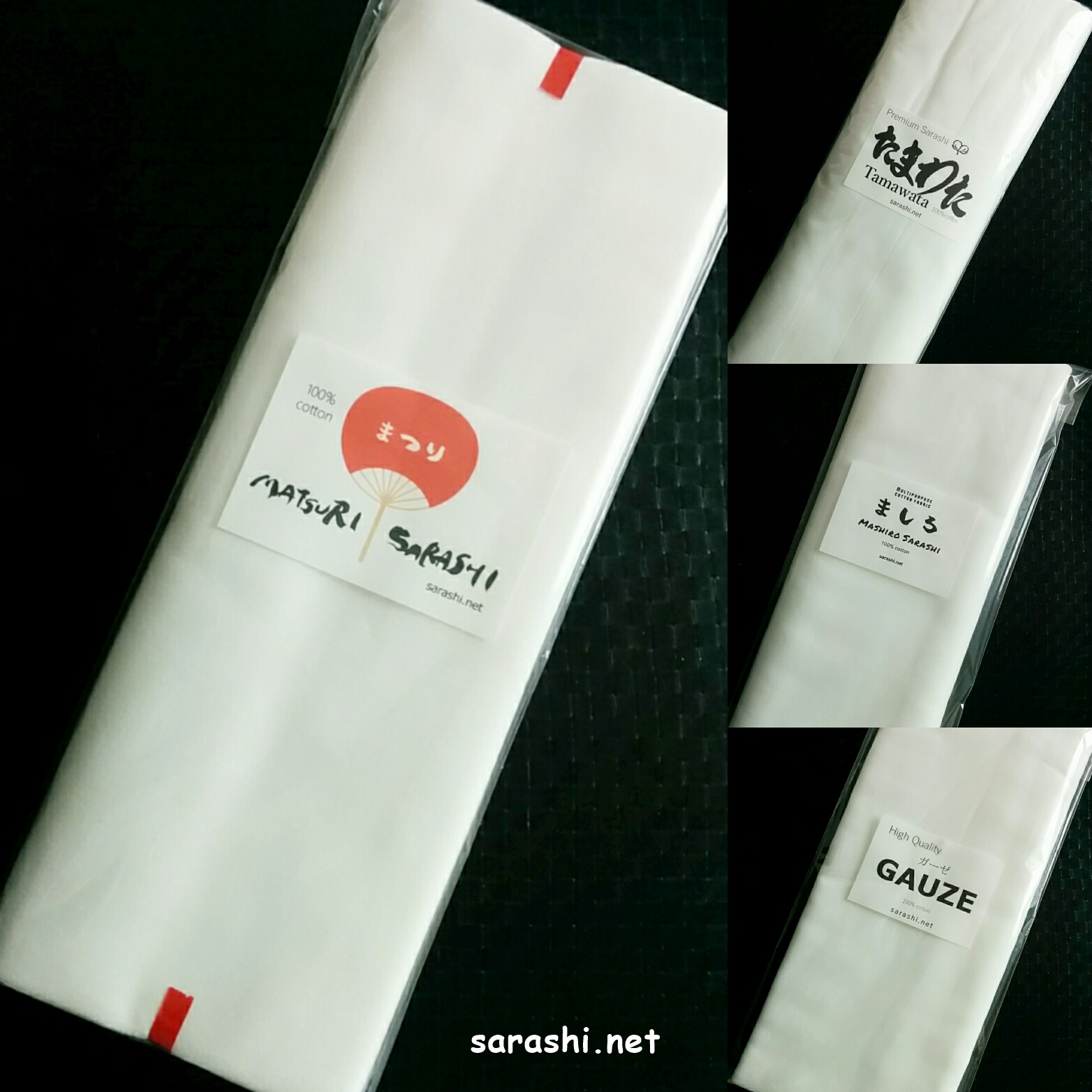 RANKING for a week